You “should” Let it Go 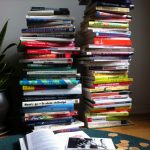 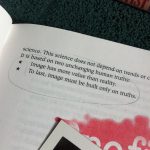 Letting go, maybe a little late. My office bookshelves have been filled with “shoulds”. I’ve never been a design intellectual. I felt like to be a good designer, I had to be. When I was offered over 100 books on design and marketing from an editor who was leaving town in 2002, I quickly picked them up and filled my shelves with them excited to become design smart, or at least to look that way to anyone who visited. They have since filled my office shelves along with a couple dozen newer books that I’ve bought and barely read since.

Don’t get me wrong, there are plenty of gems in there. I did learn a few things from perusing them over the years. Some of them were awesome reference books when I started and ran a roundtable for graphic designers through AIGA Colorado, over 8 years ago. However, more than 3/4s of them have filled my visual landscape, for what they represented and who I am not. I would open some of those from time to time, but I wouldn’t read them. Instead I would scan the chapter titles and the pictures, in a trance of internal struggle between who I am and who I could be.

Now, 13.5 years later, I’m 100% willing to accept what I’m passionate about and release the rest. As I browse them for the last time, removing pressed flowers, photography test prints, doodles and some legitimate bookmarks, I can feel it in my body what I’m attracted to and repelled by. Ironically, that’s the thing that they had the most to teach me.

Life is too fucking short to not just delve into what you love. And if you love as much as I do, there’s not a lot of room for anything else.