The Moment that I’ve been waiting for 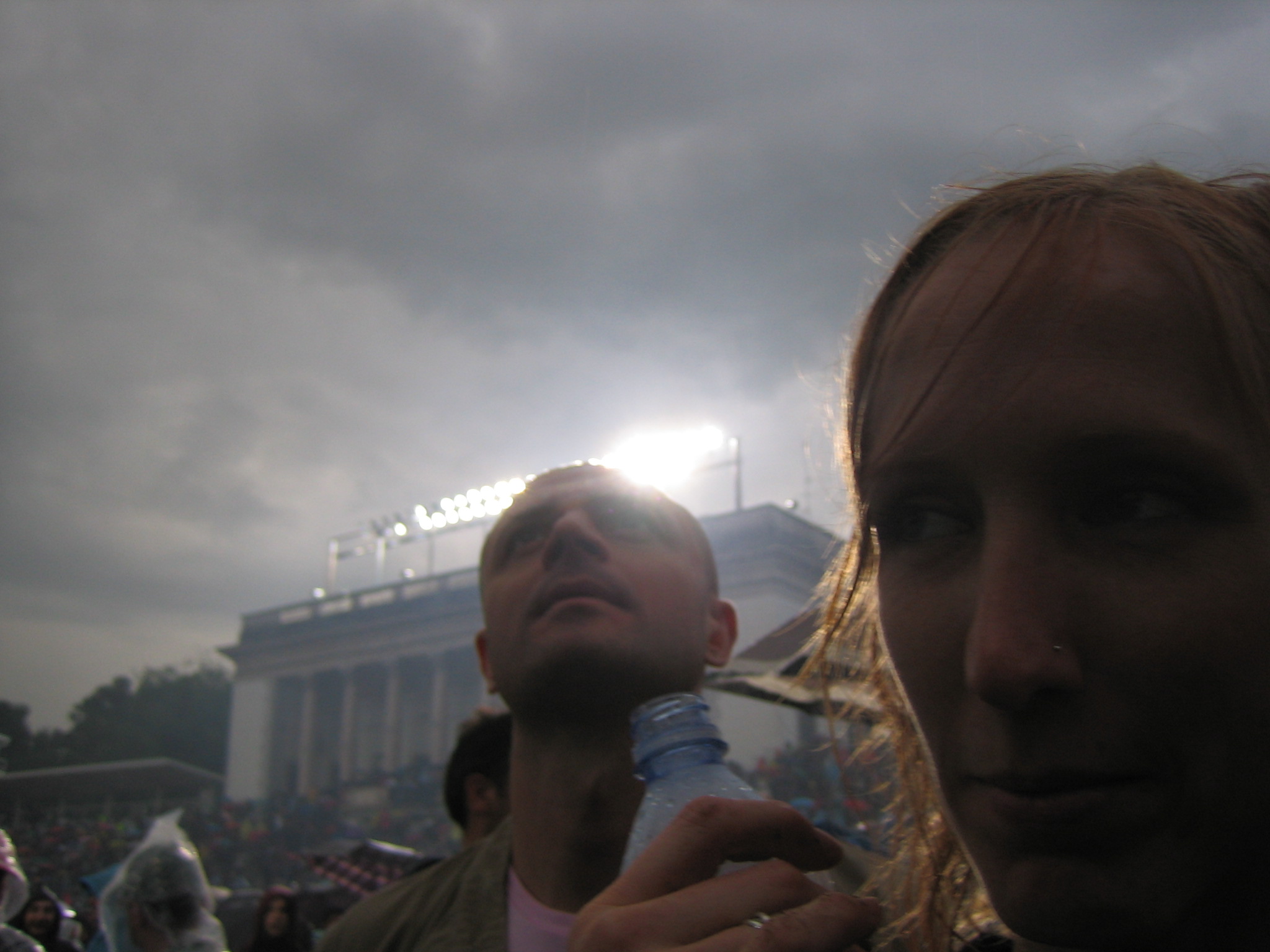 Everything in its right place

Going to see Radiohead, live in concert, was the catalyst for this trip. Of course, I had to come to Europe sooner than later. It was due time. But there’s wanting to do something and then making that first move. Radiohead always gets me up onto my feet. That day, sitting and working, when they happened to play by the grace of the “Party Shuffle” I moved to call Cynthia and moments later we had bought our tickets. That was in December. The show was scheduled for an outdoor amphitheater the “Arena Civica” in Milan, Italy. We imagined the perfect summer night in Italy. Everyone said “it is going to be so much fun”. But no one could have possibly imagined this much. 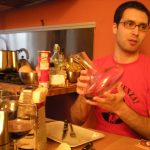 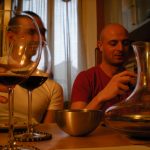 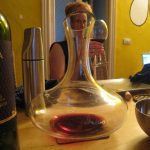 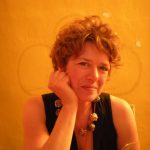 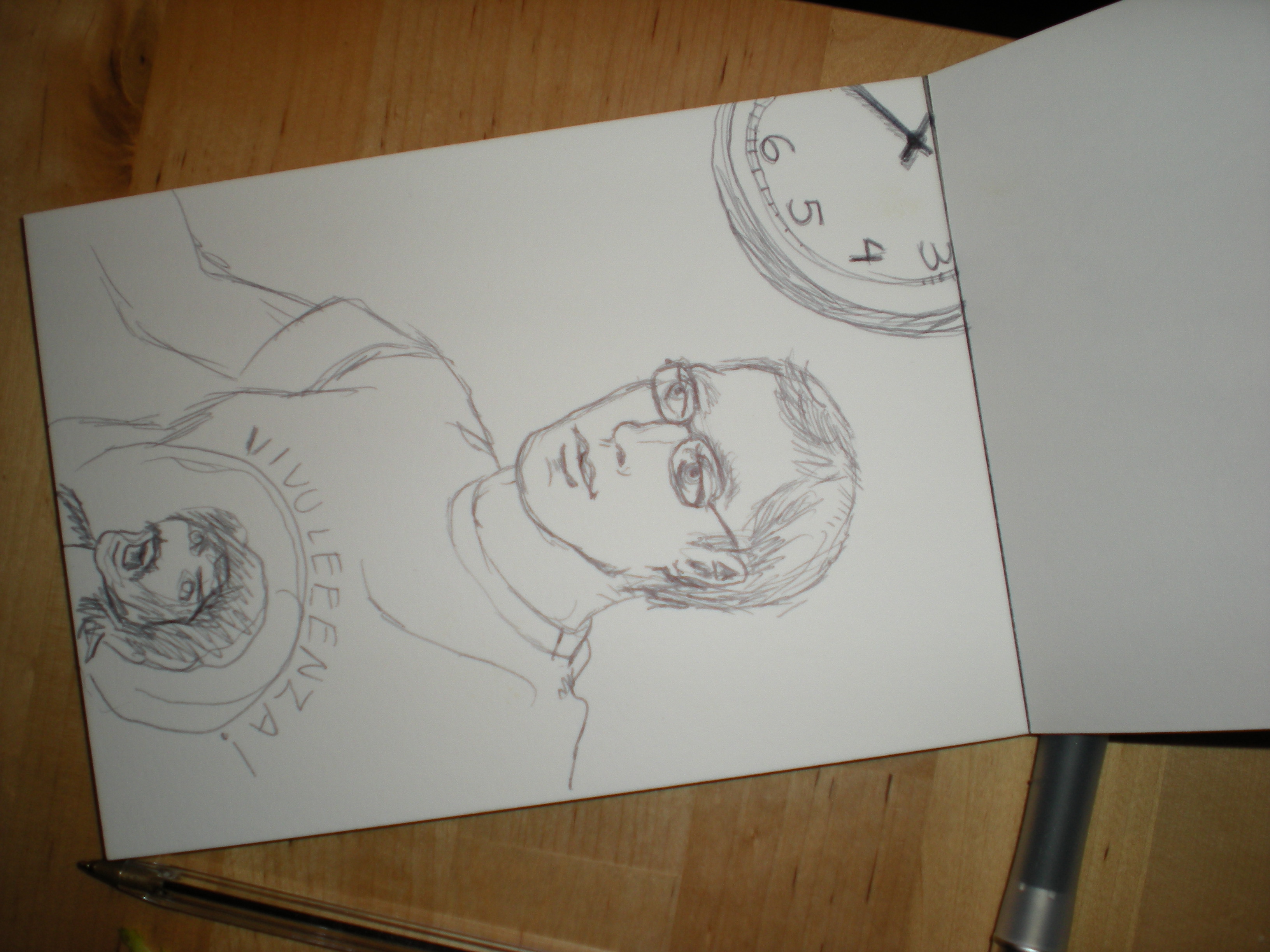 We started out with dinner prepared by Carlo. Pasta, Salad and Bread. Jacopa and their neighbor Andrea joined us. While sitting and chatting with 3 hottie, sweetheart Italian men we heard thunder. Cynthia was getting nervous saying “no, it’s not happening”, but I really didn’t care that it was raining. She asked, “will they cancel it?” and then my blood pressure rose. Jacopa answered, “for rain, no”. “But what about for a thunderstorm?” she continued…. “Yes.”. How crazy would that be! We tried to forget about it and enjoy. It was perfect that the thunderstorm came at 8, because by 8:45 it had passed. I was on cloud 9 walking to the show with Cynthia and Carlo. Carlo had planned on meeting some Couch Surfers outside of the show, but they canceled because of the rain, so we decided that we would take 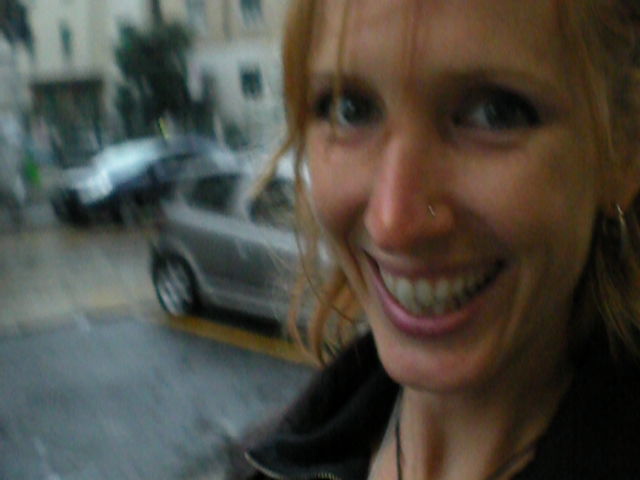 him with us. He would have accompanied us anyway, because he’s that kind of gentleman. It was a time of bad cashflow for Carlo and he really couldn’t afford a ticket. At first he resisted, but C and I insisted and pitched in for half of the ticket price from someone on the street—well worth it to have our “Fratello Italiano” with us. We were in!
We bought our beer and positioned ourselves to the front left side of the stage. We knew nothing of the opening band and although I was curious, I was thrilled to find that there wasn’t one. 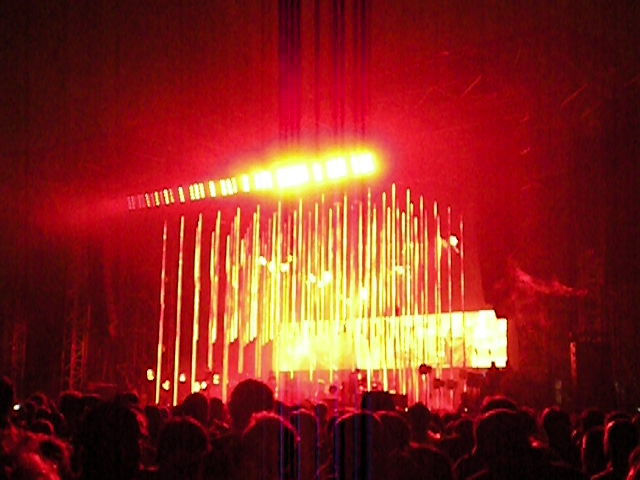 Radiohead and I have the same favorite songs

Thom had so much energy up there. They sounded like they were in the studio. That’s talent. One song after the next, I screamed in delight. I could hardly stand it. 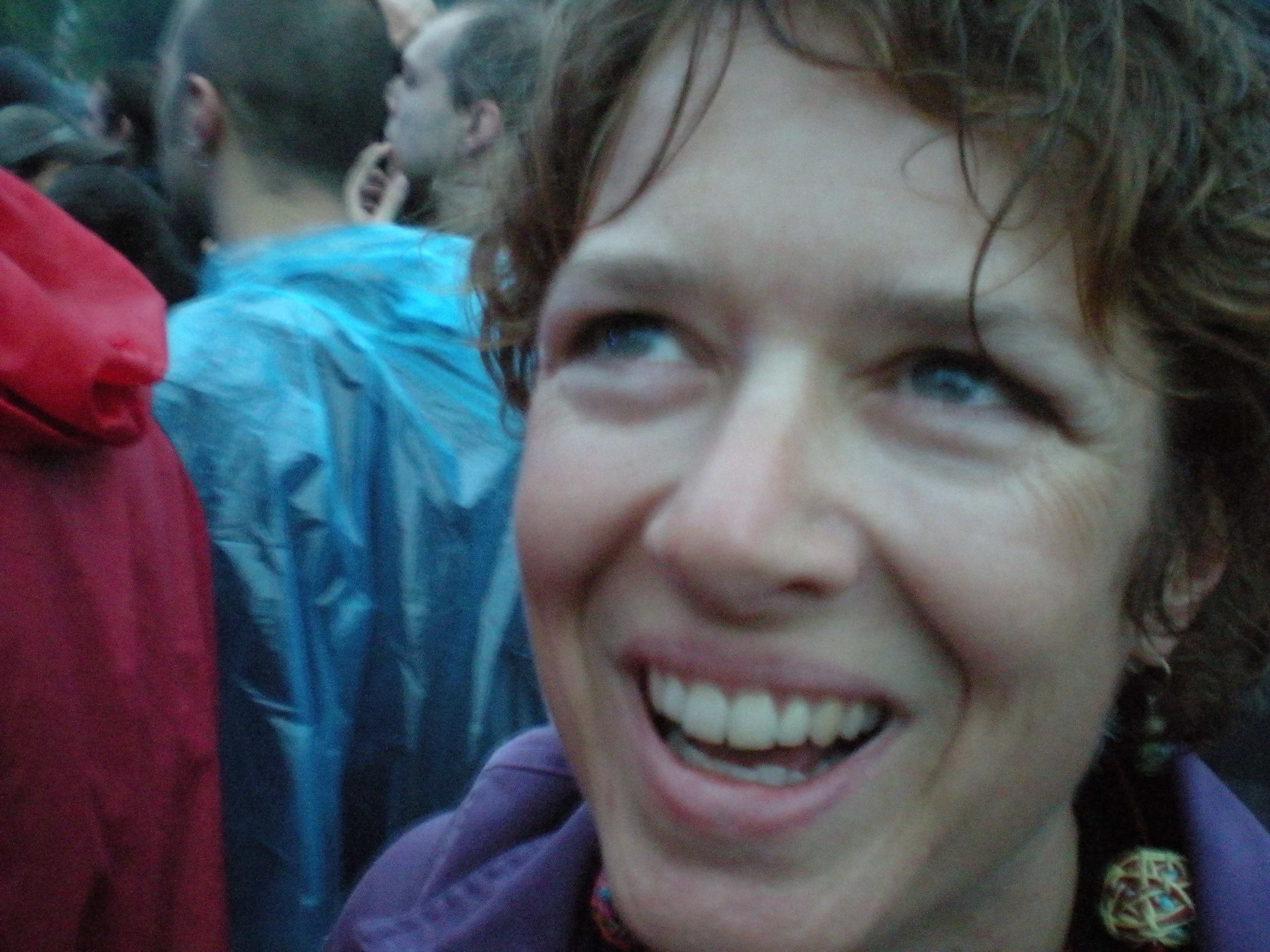 Cynthia was radiant. She informed us that we were lucky, because most people don’t get to see her this way. It’s true, I’ve known her for over 9 years and I can’t recall ever seeing this look of freedom and joy on her face. We were illuminated! I turned around and slowly recited my favorite lyrics into Carlo’s ear, because I was sure that he didn’t really understand what was being said and that feels important to me. He would say “OK”, but I could tell when he really got it. He looked really happy. 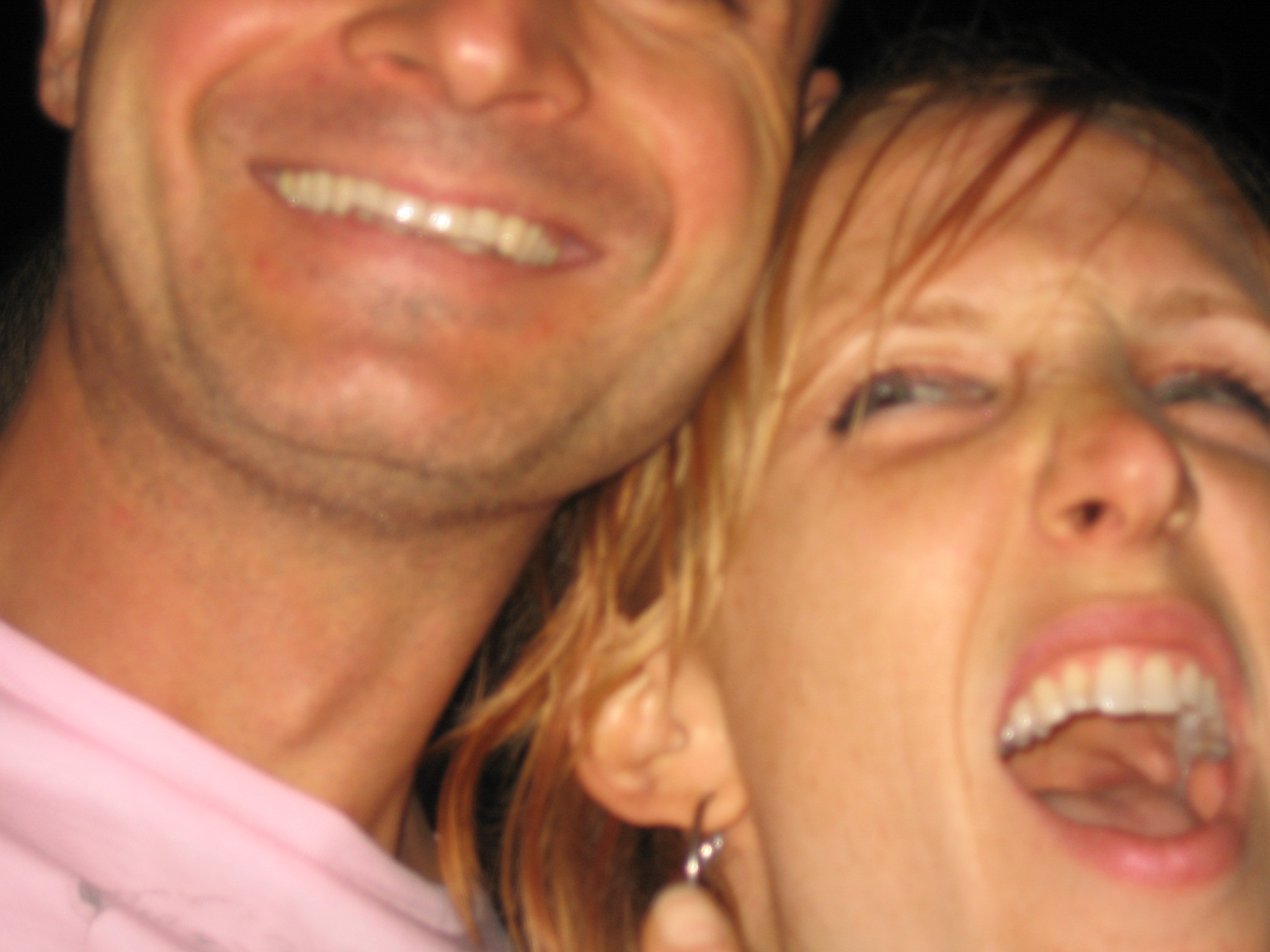 I announced that we would go backstage afterward and Carlo said “Of course”. Radiohead said their first “goodnight” and as they played their first encore we pushed past a thousand smiling Italian faces. They weren’t happy about our little train interrupting their personal space, but not much could ruin this night for anyone…. I did see a guy passed out on the ground, which was too sad to even imagine as my own reality. On the other side of the stage, we found an even bigger place to dance and they played the remainder of my favorite songs. 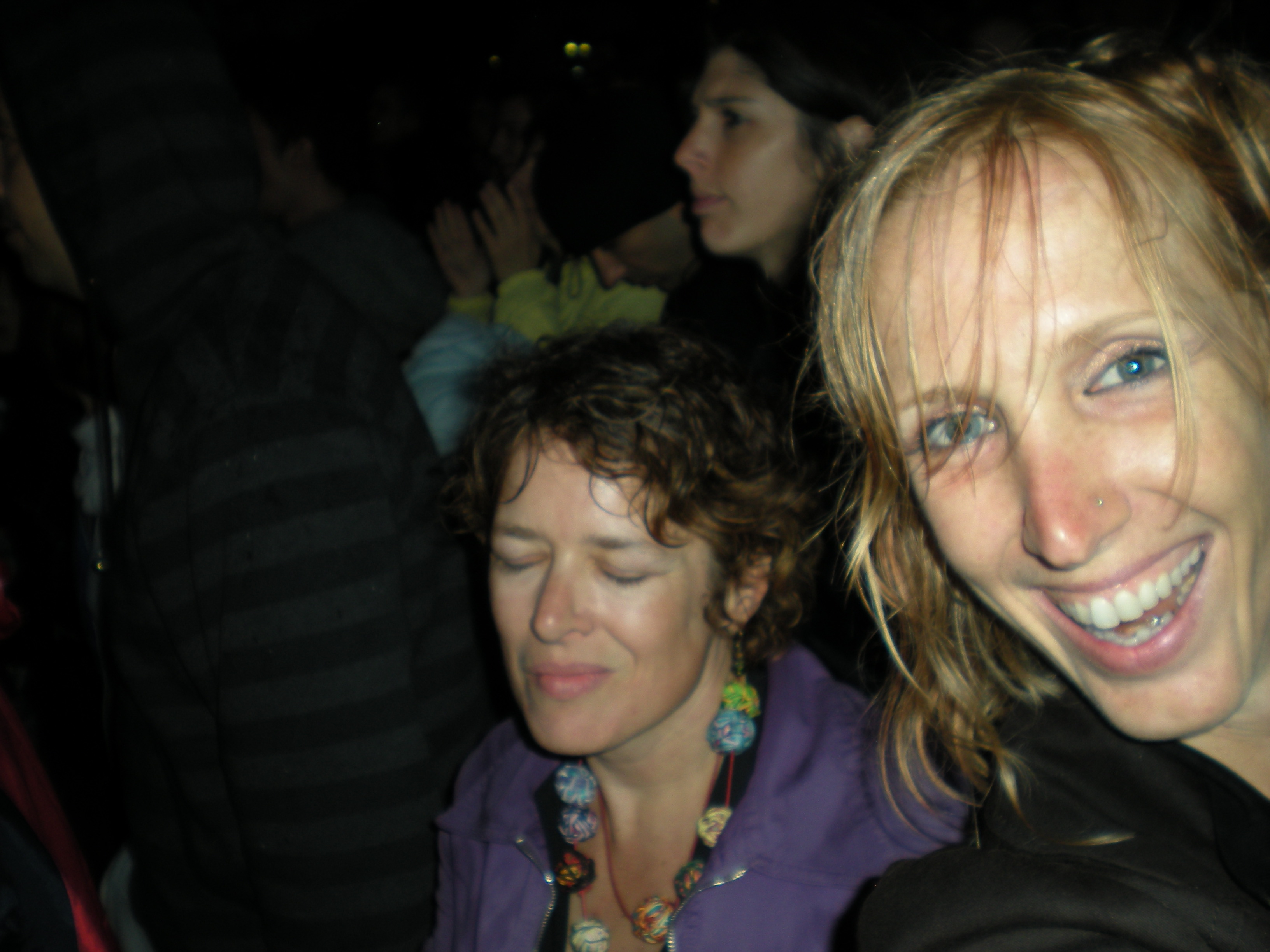 There was no way back stage. So when it was over we left. We wandered through the park outside of the arena, looking for a discoteque that some Couch Surfers were meeting at, but when we heard the sounds that were coming from there, we couldn’t imagine muting out the lingering memory of our audial bliss, so we changed direction. In the distance I heard a woman screaming a deep and guteral scream. I stopped and craned my neck, perked my ears, like some kind of bird hearing her call. As the woman approached, she found her match. I ran toward her with my own wail. We screamed a few times together and our friends laughed. I have no idea if we would have understood any attempt at language together, but this was our native tongue. 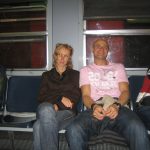 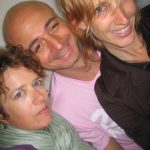 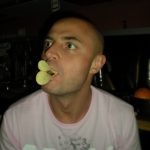 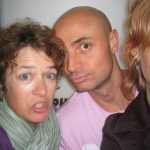 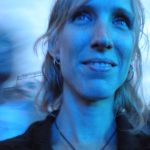 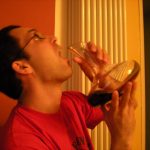 I fell in love that night. With Cynthia, with Carlo, with Thom Yorke, with that screaming girl, with the Metro, with myself… Nothing could ruin this perfect night and the joy continued into the next morning.