By Denise DambrackasApril 7, 2015Uncategorized
No Comments

In considering a new painting, I revisited the memory, the poems, the drawings of an old lover. A young lover. The one I lost my virginity to. His ideas influenced my malleable young mind and educated a good bit of my reality. I thought he was a genius. I was in love. He discarded me after three loooong weeks. Years later he returned and our love was rekindled. He moved to Miami to “be with me” but also to escape the woman he got pregnant and the future he imagined would be inevitable, if he stayed. After a year and a half of what might have been the greatest adventure of my life, he left me, again. Of course this was a blessing in disguise; it turns out that a vagabond, alcoholic, writer was not who I was destined to spend my life with. For 3 years I wondered and imagined seeing him again. He tried to contact me once and I impulsively flushed his number down the toilet, in a moment of delirious self respect. And then he died. I just found his 22 year old daughter on Facebook. She has his eyes. I can tell that she’s the kind of girl that he would have been impressed by when he was her age. He would have been a proud father, had he ever accepted being one, or considered life a gift in the first place. 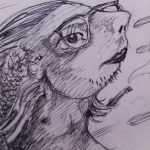 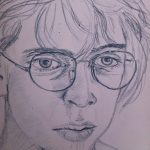 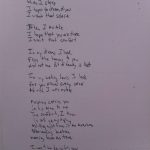 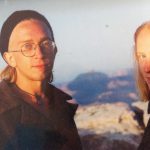 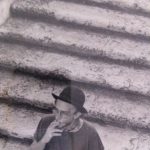