Last Day in My Favorite City 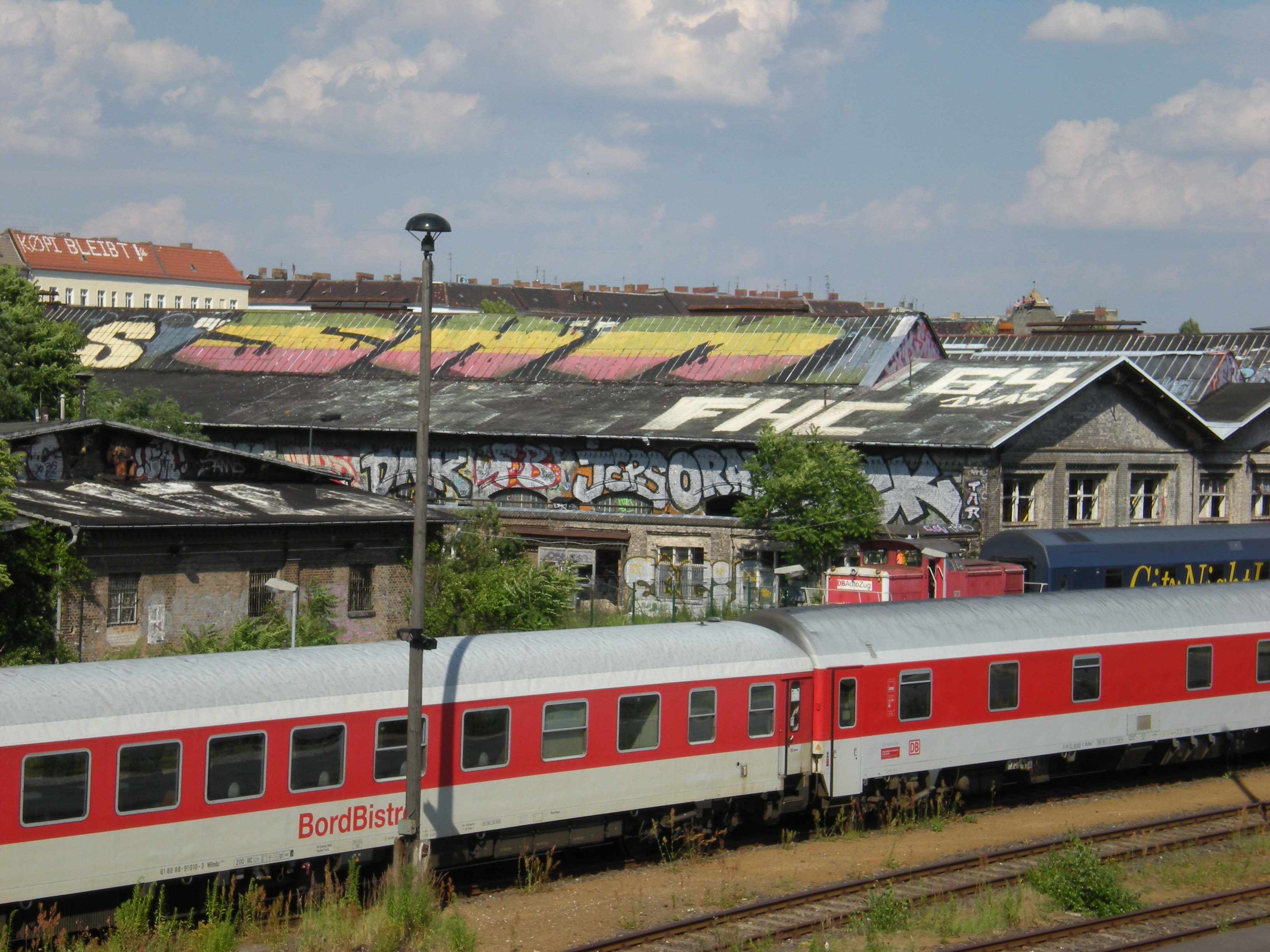 I finally caught up on some sleep. I
woke up at 2:30pm and found that it was really hot out! Maybe 90 degrees, fahrenheit of course. Welcome summer!

Cynthia, Suk-Han and I headed
out to see the sand sculptures at the competition downtown. 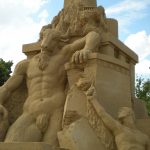 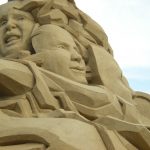 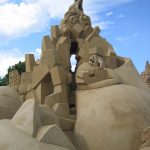 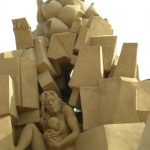 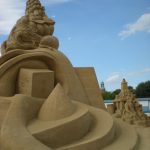 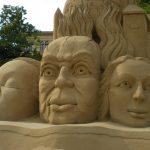 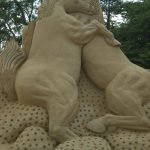 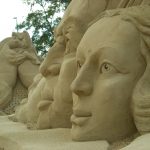 The two of them were tired by the time we left there and so they headed home for a nap. It was
6pm so I thought I’d see if could catch back up with my new friend Egbert. I
called him and he was getting ready to meet some friends to watch
Football,… they say “foozeball”. When I told Egbert what that
means in the states, he told me that they call that game “Kicker,” which
I’m sure I’ve done a wacked job of spelling. 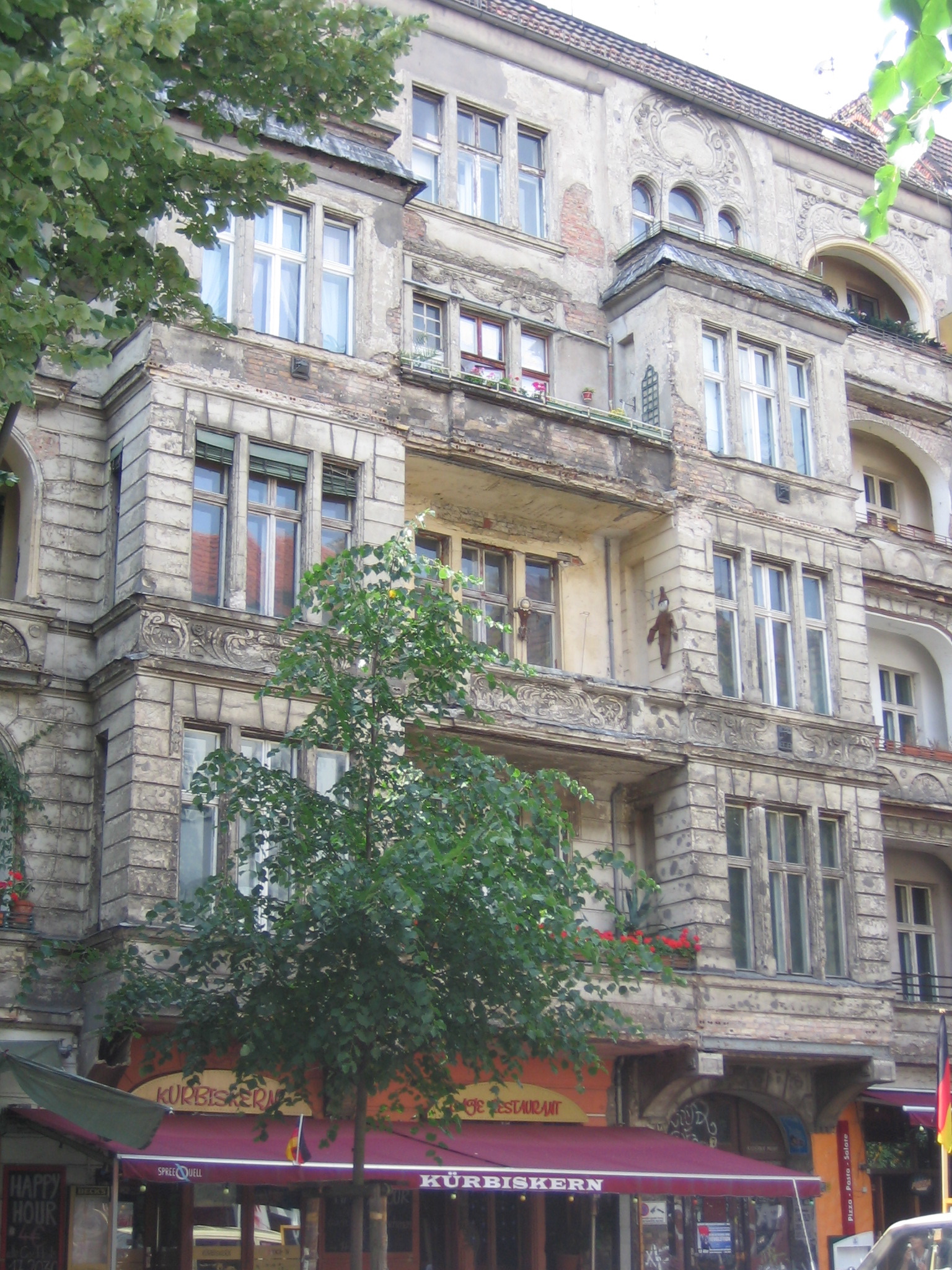 I borrowed Corinna’s bike for my first ever European city biking
adventure. I’d observed this from the street in wonder and taking notes. I had also
found myself standing absent mindedly in the middle of the bike path and luckily warned by bicyclists that promised they were nicer than the others might
be about it. Now it was my turn to avoid unsuspecting
tourist pedestrians! It was really fun. The crappy brakes only added to
the thrill. Cynthia recommended I gear up, but I said “Nein Helmut!”
The directions to Egbert’s yard
were easy to follow. 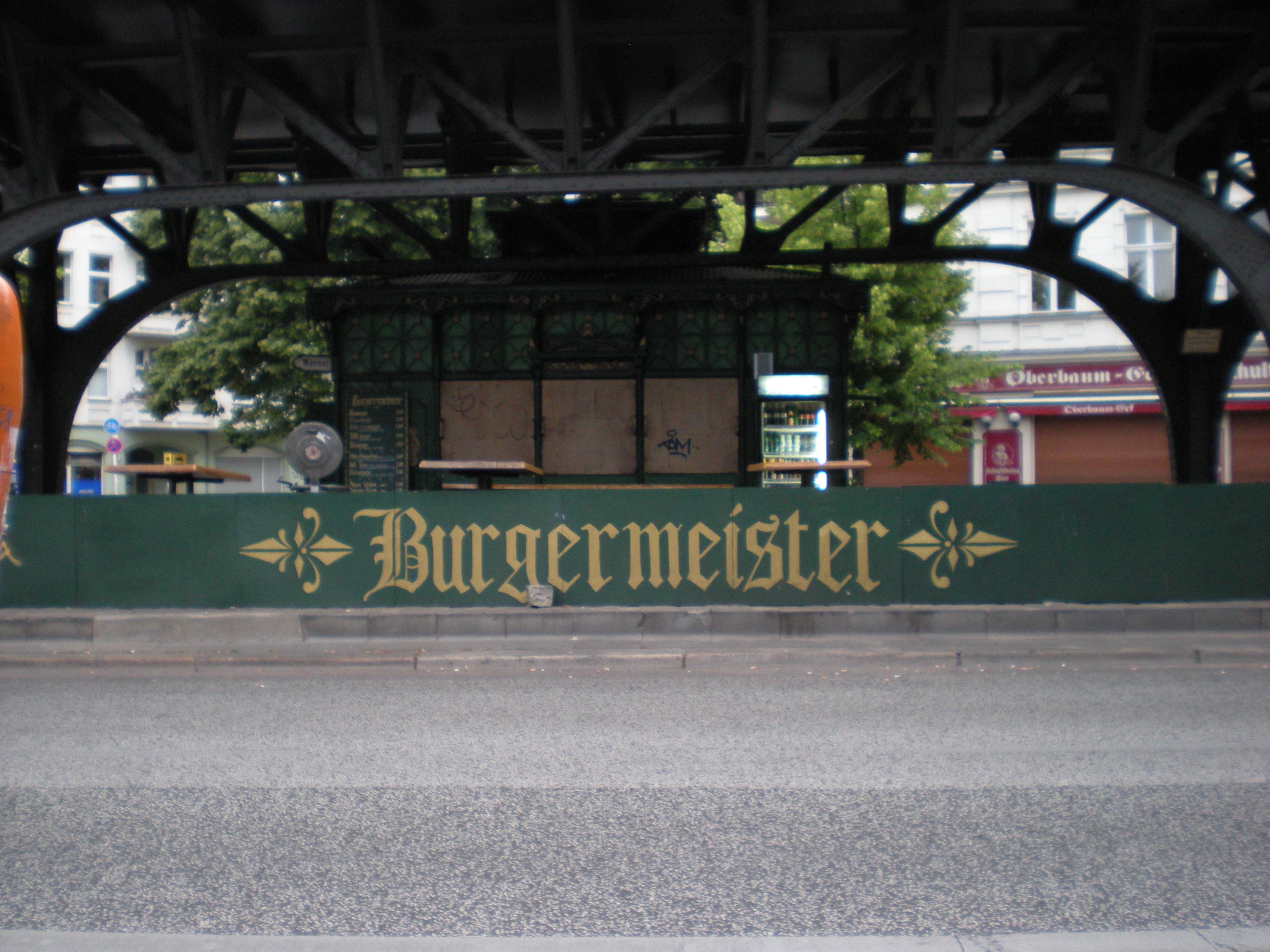 Every time I talked to Egbert he had some great story or
some intriguing history on the city. I tried to convince him that he should do a podcast
or something. I think he thought I was kidding. I got tid bits about the Wall, about the scene before and after the Wall fell, what Burgermeister means (“Mayor”. Burger = citizens, Meister = Master… but it’s also the name of the burger stand across the way), a bit about Jugendstil, which he’s really into. He told me one story that I found most dreamy. He and some partners had opened a dance club in the early 90s. It was in the East side in a space that wasn’t occupied and therefore had no real
owners.

It was technically illegal, without fire exits and other compliances, but they were left alone for a while. When they were busted, no penalties were exacted, they were just asked to come in for a chat. They figured out that if they changed their place into a collective, rather than a business, making patrons “members,” they had a different and easier set of rules to follow. The members signed their names and partied on. Inevitably, they were asked to comply with more and more of the laws and eventually shut down. It sounds like clubs like this were common back in the day, but unfortunately I got there kinda late. 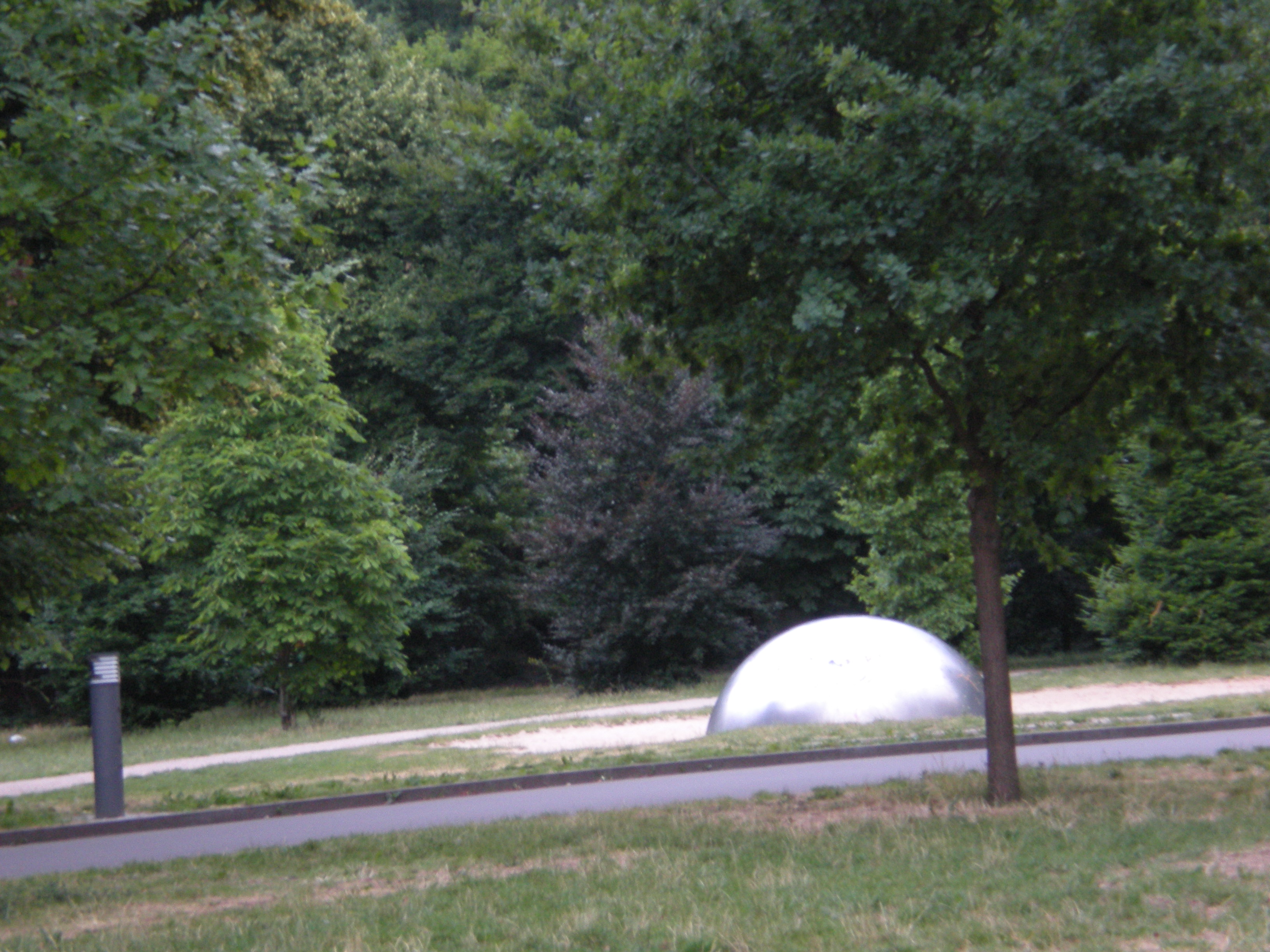 We walked through back streets, a park and then
to a Biergarten where they were having a public viewing of the Italy
vs. Spain football game. It was great. I had a bio sausage (bio = organic) with a roll and some mustard. Egbert and I shared
some potatoes with the most delicious sauces, which were more like
piles of minced herbs. I’m determined to find a recipe online somewhere.

It came up in conversation that he had read Naomi Klien’s “Shock Doctrine”. Naomi probably makes more
book sales outside of the US than inside. I’ve only spoken to a handful of German people at length but most of them are more educated on what’s really going on in the states than most Americans I know. When
the topic of 9-11 came up, I shared my views and Egbert and his friend had both told me that they’d seen “Loose Change“. Go figure. 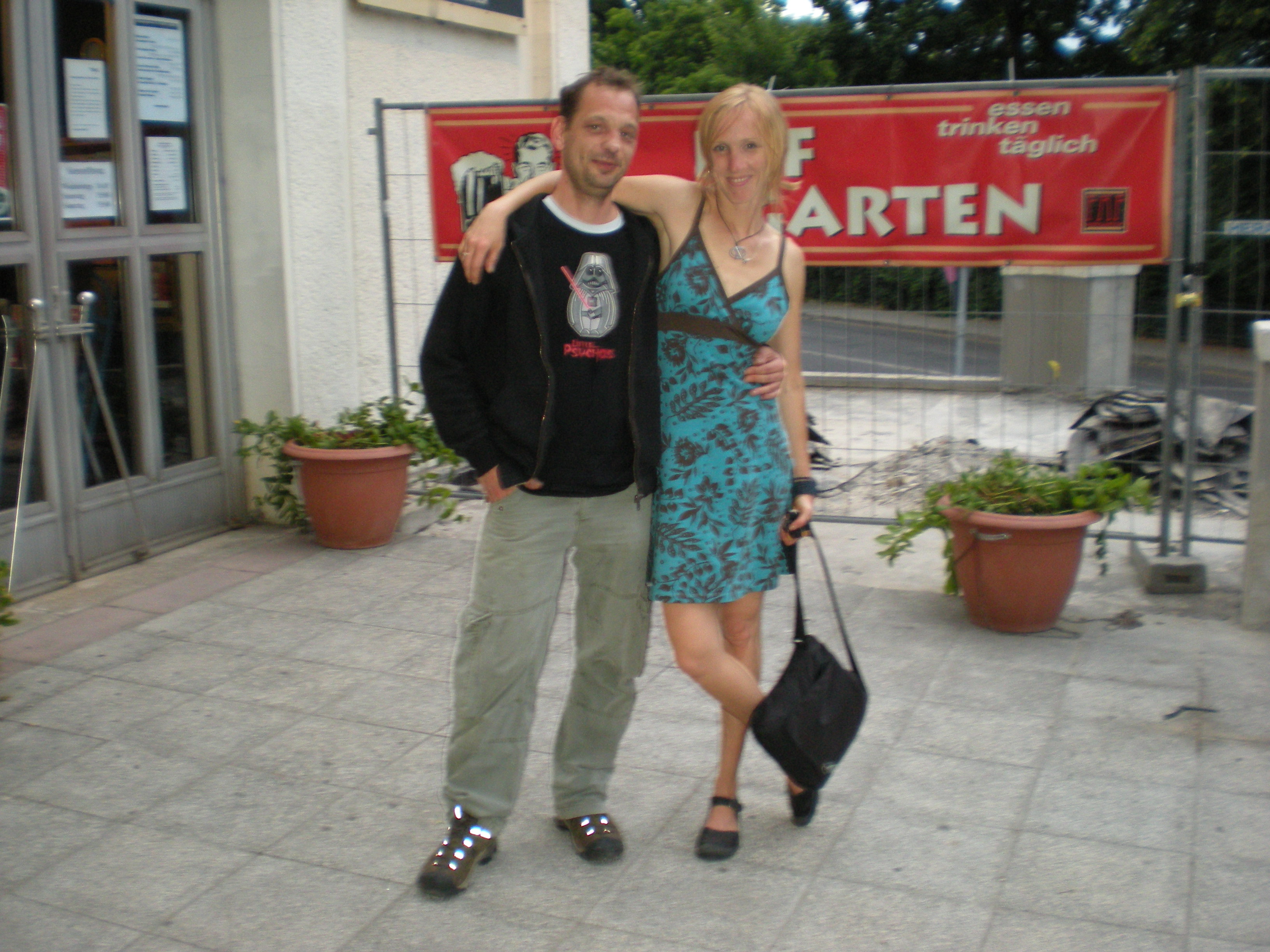 The game was long, drawn out and without any climax. A fantastic thunderstorm rolled in toward the end of the game and it chased us into another bar once the game ended. It was a really nice night. Egbert and I said our goodbyes. I hope to
stay in touch with him.

It’s wild to move from place to place and find such incredible people just living their regular day to day lives. I think that it’s like what they say about having a child. It slows things down as you watch them see things for the first time, and have a brand new experience. I imagine that through me, my new friends had a little less than usual night. I’ll never forget.

My bike ride home was fun, in the mist, wearing my summer dress and seeing the city at night for the last time. I’ll miss it. 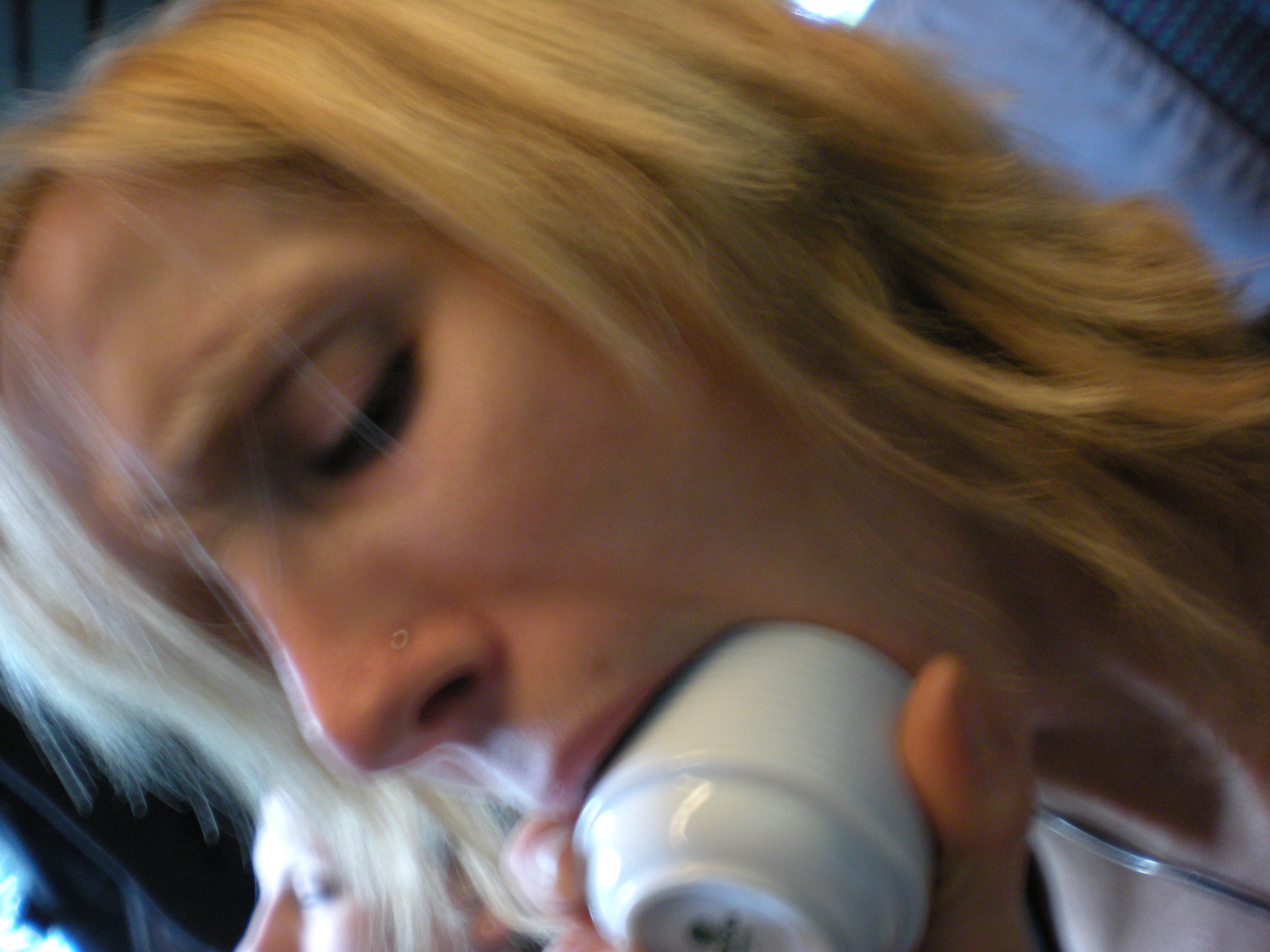 Savoring the flavor of this place–down to the last drop

To think of the hardships that this city has seen in the last
century and within the last 20 years, and to see where it is now.
They’ve built it up again, with so much pride and creativity. It’s modern, it’s cool, it’s big, it’s diverse (people come from many different places to live here). I can see myself living in this city. This might be far-fetched and I’m sure it will fade, but it’s fun to imagine. It’s really my city, if I’ve ever seen it. There are obviously some barriers to this dream, but I just thought that I’d put it out there, just in case someone is looking over me and in the mood for granting wishes.