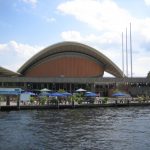 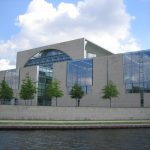 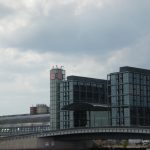 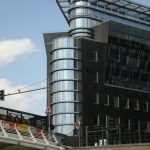 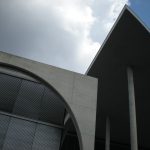 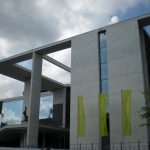 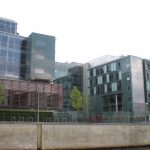 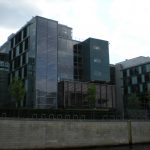 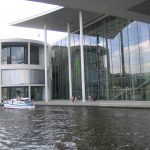 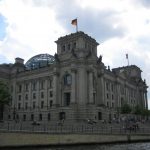 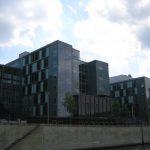 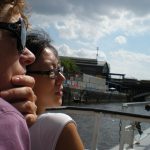 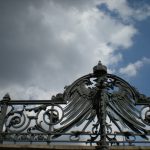 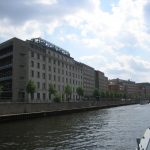 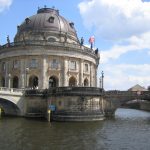 I woke after noon. Suk-han, Cynthia and I took a tourist boat ride on the Spree, tuning in to every English word spoken about the architecture and the history. After that we made our way across town to meet Corinna at a huge gay (GLBT) festival. After a couple of beers, it was time to go. There are other things happening here that I just can’t miss. 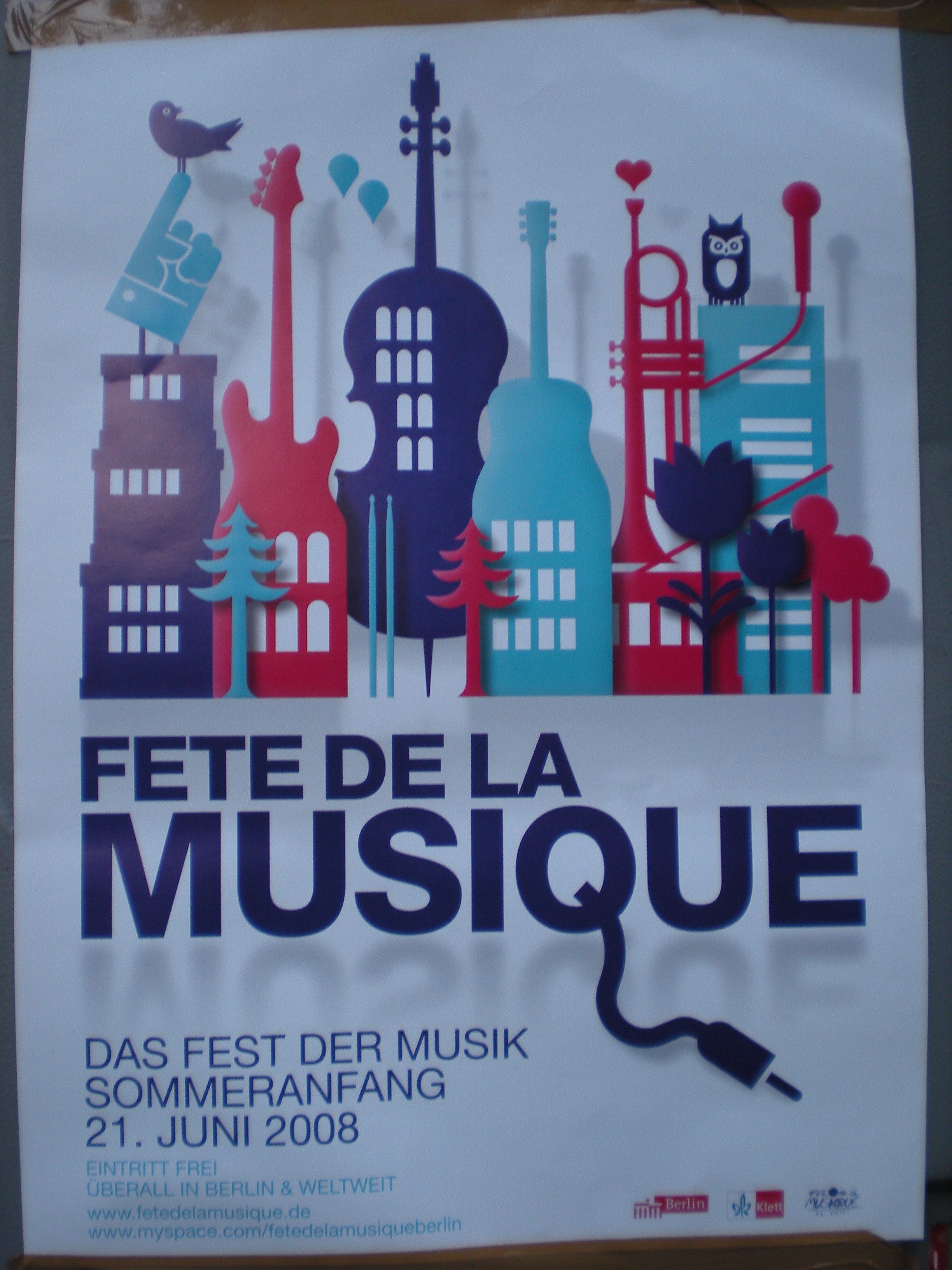 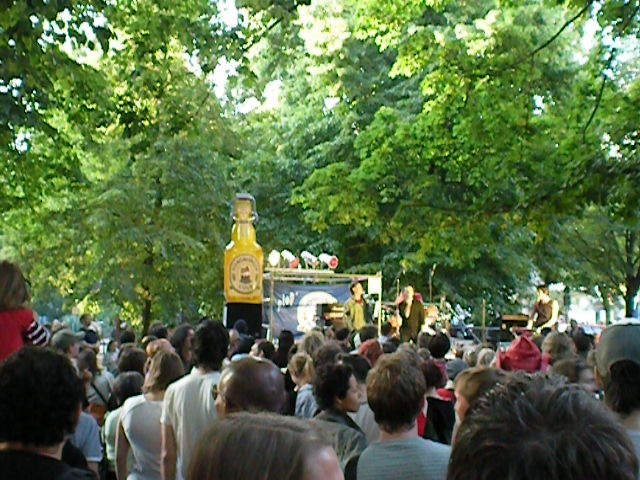 It was the summer solstice and a day of music throughout this and most European cities. There were stages everywhere and people on the street with amps and gathering admirers. Lina had told me about a stage in Kreuzberg that might be worth checking out, so Cynthia and I headed back to our neighborhood. When we arrived, there was a rockin’ local band on stage. The people there were just drinking beer and enjoying the show.
Cynthia and I sat working in our Journals and bobbing our heads to the groove. Next we checked out the next nearest stage which featured some punk rock bands. 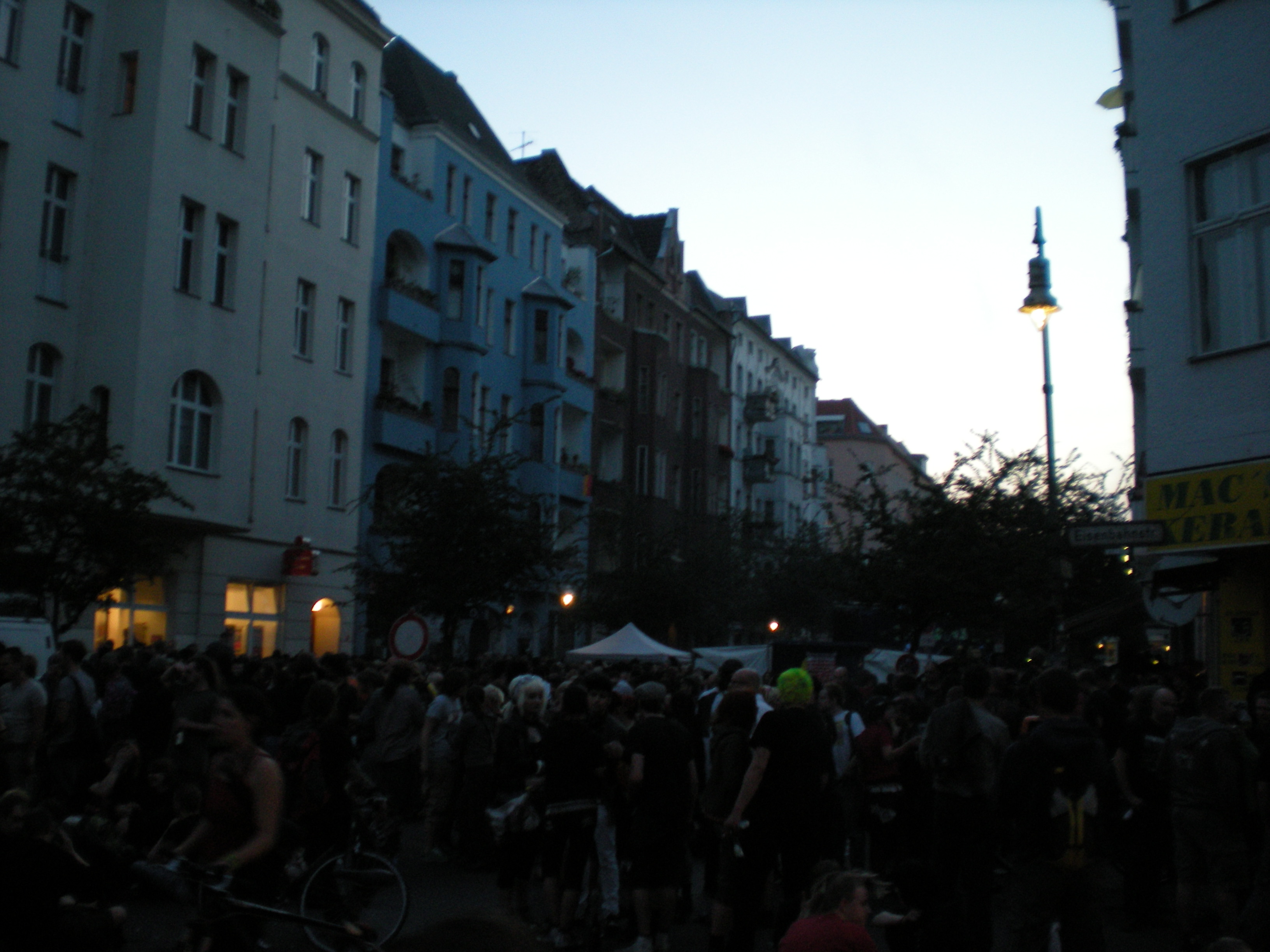 “A Poor but Sexy City”

This was the night that I’d planned would be my big one. Our CS hostesses were
trying to talk me out of wanting to go to Panorama, but I was hell bent on going… with or without them. I wanted to take a nap, just like the night before, ’cause that worked out so well. But Suk-Han said that for me to take a nap would be cheating. So, I stayed up. We headed out around 2am. 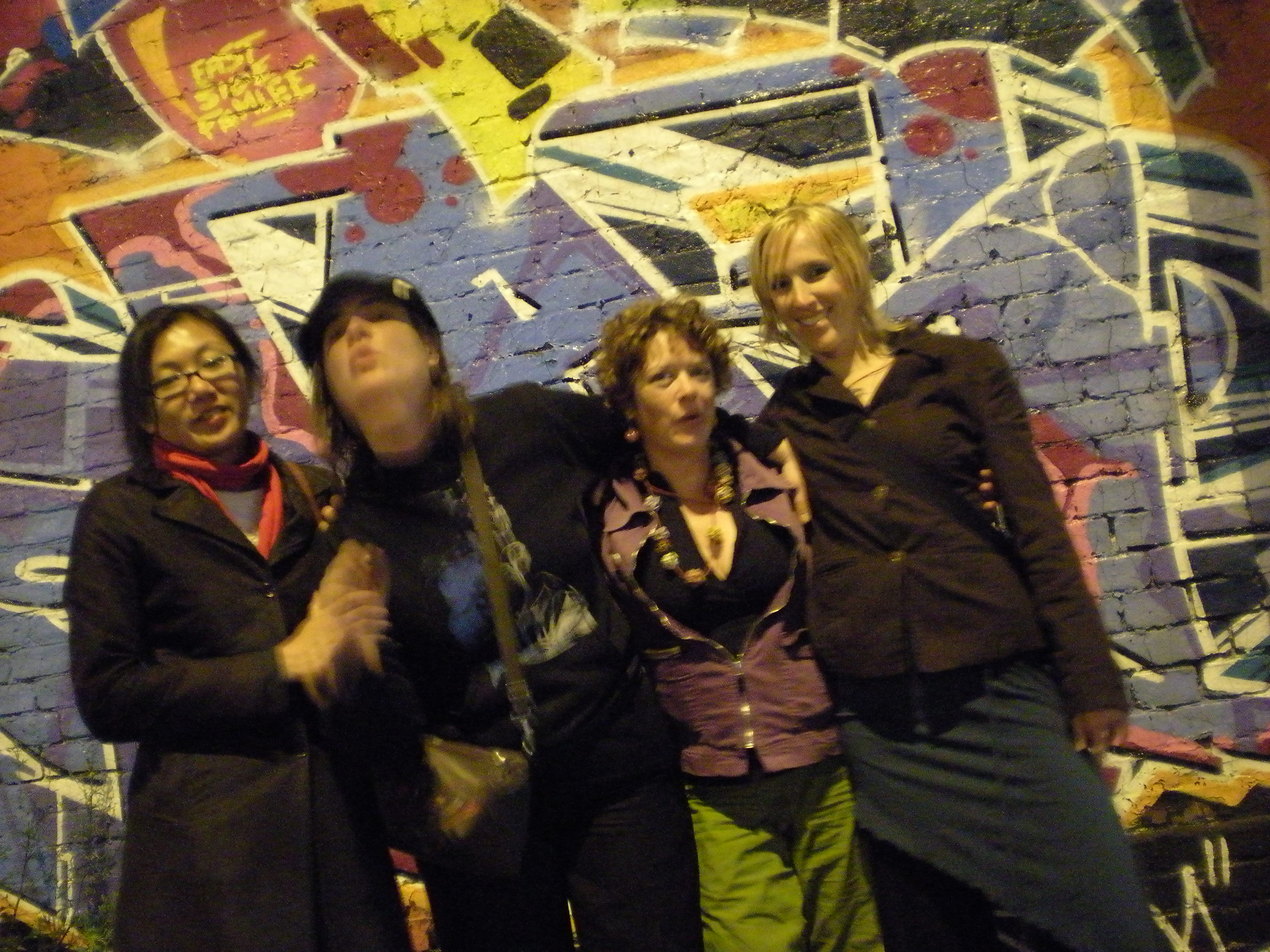 There were 5 of us. Cynthia, Suk-Han, Corinna (who was totally drunk from earlier in the day), their friend ____ and me. We went to a local bar. I think that it’s hilarious how our cultures (European and American) are equally impressed with one another. When I heard live music inside, I was excited and hoping for something uniquely German. Instead, what I saw was sort of MTV.
Funny stuff. “Let’s go out smashing cars… and expensive bars…”. Totally wacked costumes and attitude. It was fun to watch for a few minutes. 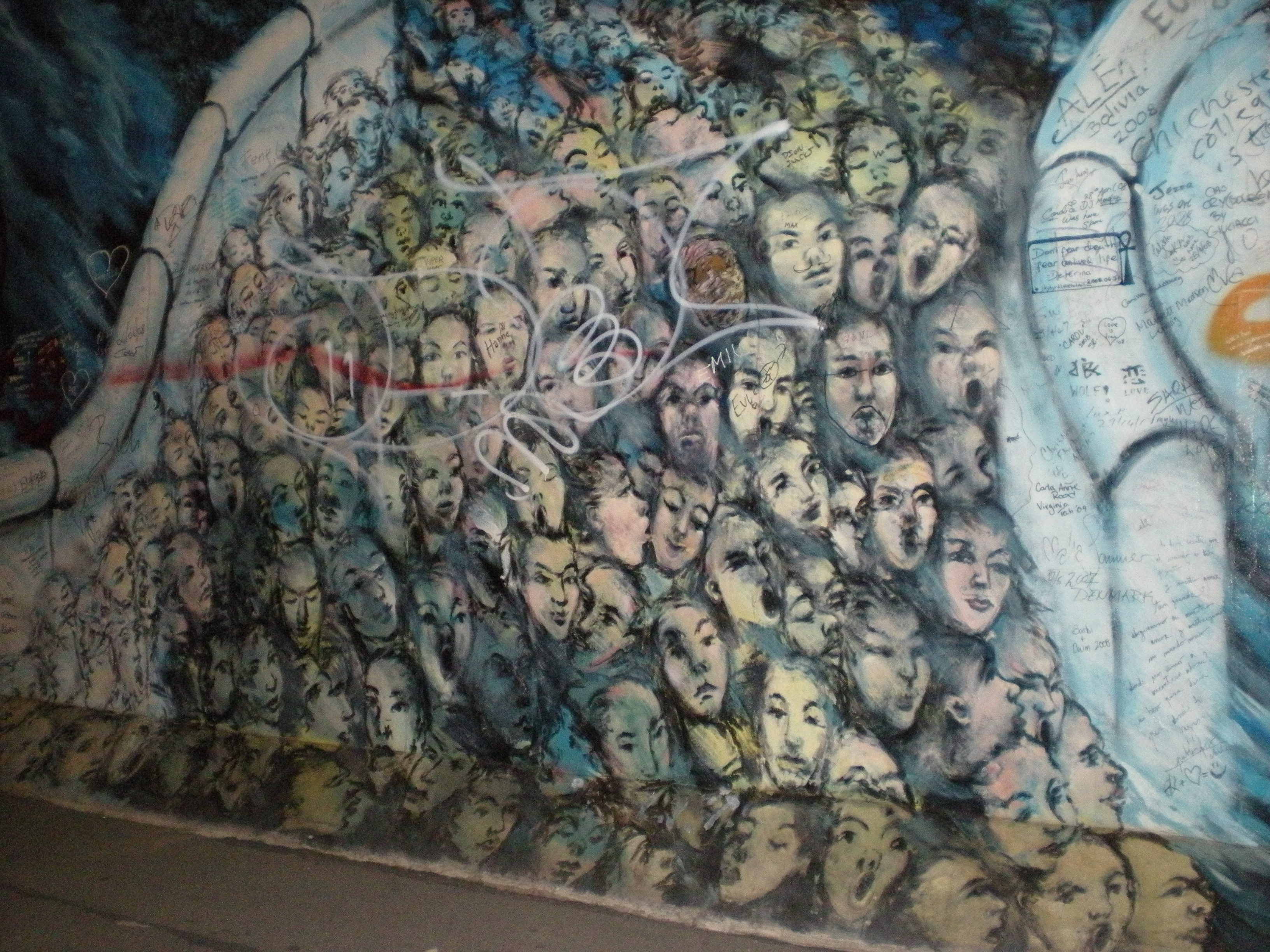 We left there after one drink, but it still was not yet time to go to Panorama. That scene starts at about 4am. So we head to Bar 25 first. I was confused and asked, “Wait, I thought that Bar 25 was the ‘day’ club scene?”. The answer was, “it is but it’s still too early for Panorama, so we go to Bar 25”. They’ve got a crazy idea of night and day here. I’m catching on. You just sleep when you can, like at Burning Man.

“We all rolled over and 1 fell out, 4 bears in the bed and the little one said…” (do you remember that song from Sesame Street?). The walk to the club is a LONG one.

Cynthia isn’t sure if she can hang. It took so long that we decide to head directly to Panorama.

The club isn’t on the main drag at all. We wander into an industrial area. No one is on the street, but tons of taxis come and go from a side street within view, so we head in that direction. As we turn onto the road heading back to the club, Cynthia signs out. We wish her well. I’m starting to bounce with excitement. The walk is lined in vertically oriented florescent lights and a really long line to get into the club. No sign, just people who know where it’s happening. “Corinna is smart,” Suk-Han says. She’d jumped ahead in the line and started talking to two really cute gay boys. These boys are sure to get in easily and she knows that she can probably just blend in to disguise her drunkenness. Not everyone gets in here. They charge 12 Euros for entry. The days of the free underground warehouse parties here are over. They check my bag and take my camera. No cameras inside. 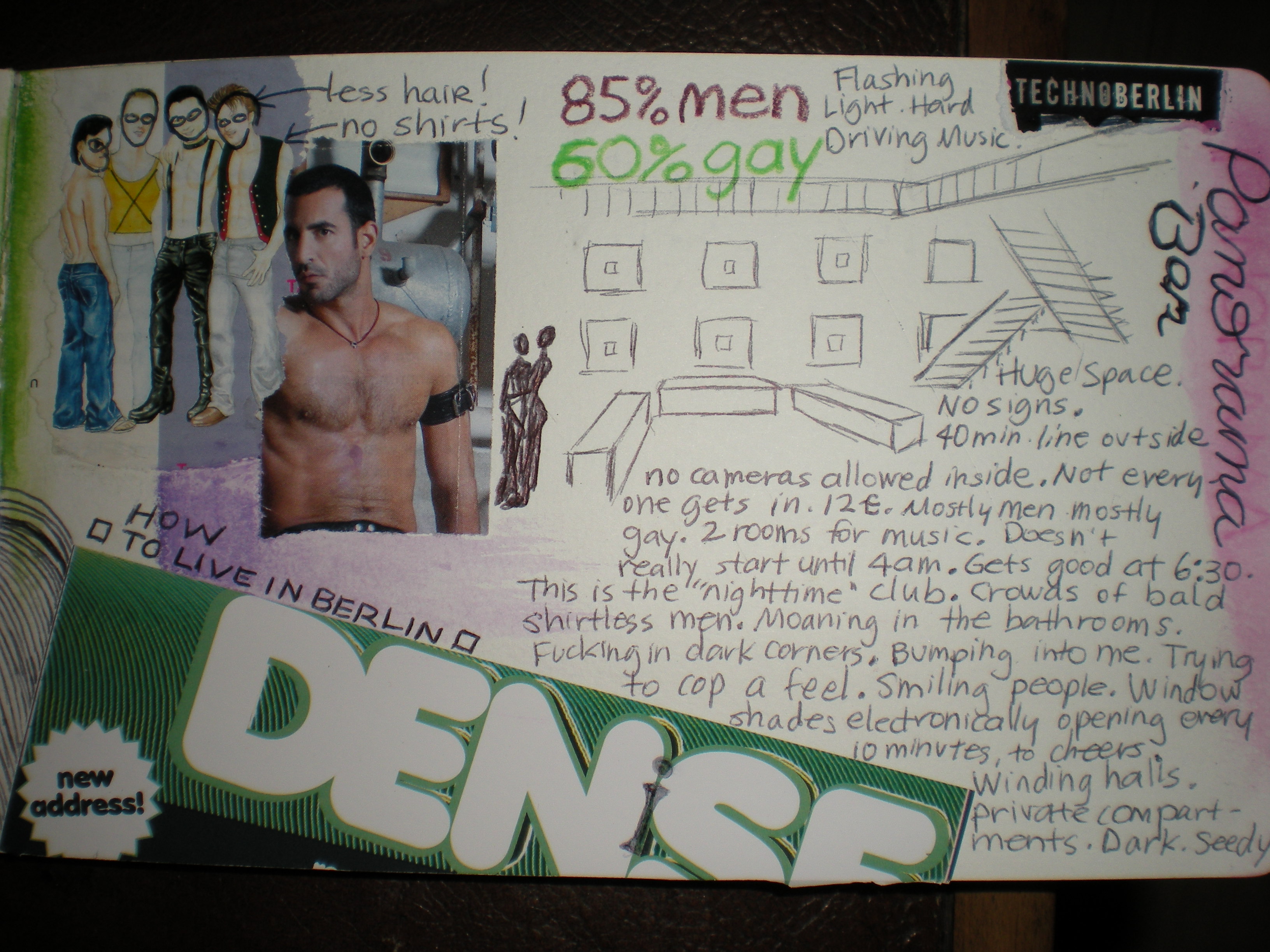 I was in awe at the size of this place. The whole building is dark with only ambient and sometimes flashing light: red, yellow, blue, strobe lightning white. On the ground floor is the entrance with a large coat check area, where I check everything (except my camera, which is being held safely at the entrance). The next room has concrete benches and lighted, modern, relief shapes on the walls. A large metal staircase with a landing leads up to the next floor. The first dance floor is packed and the music is hard and driving. Not hard, like industrial, just hard and chaotic. There are pods of dancing shirtless guys with shaved heads. I notice that there are mostly men here, who are mostly gay. Another smaller staircase leads to the next floor, off to the side of the huge space that the first music/dance space occupies. 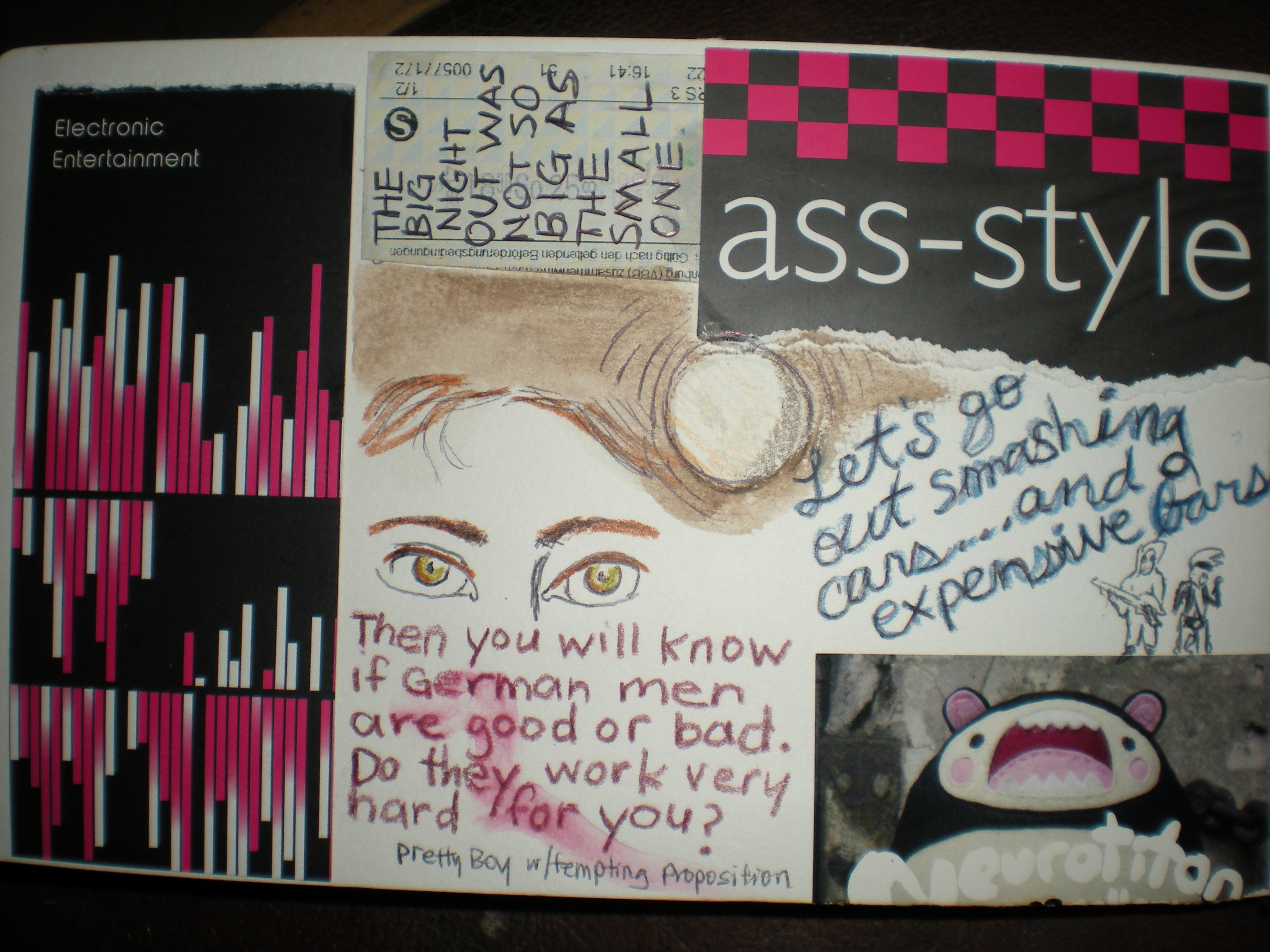 Suk-Han says “This is Panorama Bar”. It’s better, but still not quite what I’d hoped for. The music is more fun, but it’s kind of dull, repetitive, and common sounding. Corinna called it typical boring Berlin techno. Suk-Han leaves me there for a moment while she goes to find Corinna and never comes back.

I danced. I danced in Panorama for a bit, then the other bar, then back to Panorama and through that cycle about 5 times over. I go to the bathrooms, moving past pressed together bodies. I know that the first stall is occupied from the moaning and grunting within.

As the night moves on it the mood changes. Are people’s drugs coming on? Are the dancers and DJs just now finding their groove? Nighttime is extended in this place, but outside the light of day is intense. The window shades in Panorama are electronic and the DJs can open and shut them, which they do every 10 minutes or so, to cheers from the crowd. The light of day is the most powerful light here and it’s surreal to see that it’s happening out there without us.

I felt eyes on me, I felt someone’s groin bumping up behind me. I move away. My new dress is a winner, I think. Someone named Benjamin made himself known and he was beautiful! He’s in Berlin with his football team for a match. He’s from… somewhere else in Germany. We dance. He says “Let’s go and you will see if German men are good or bad. 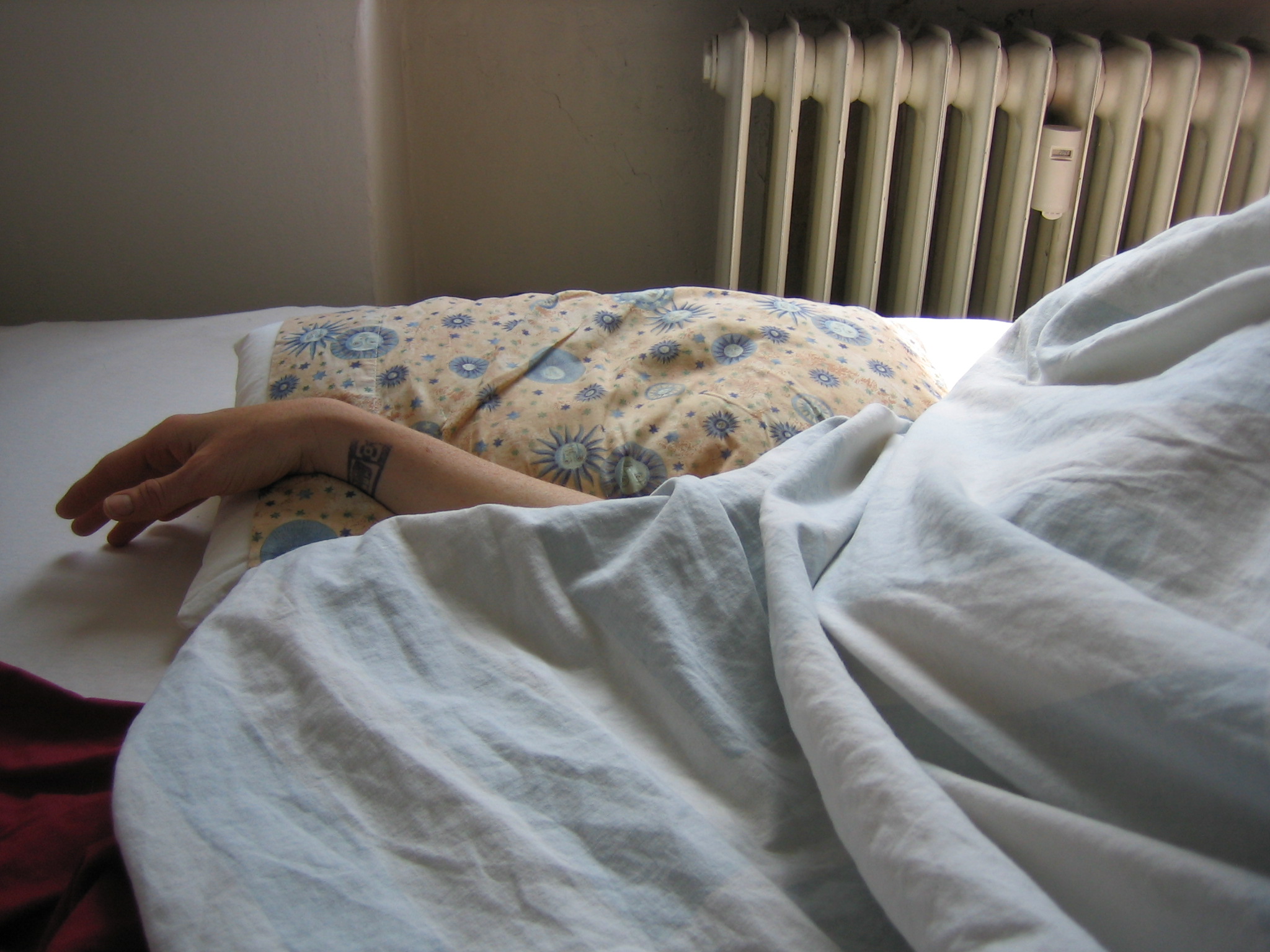 You will see if they work very haaaaard for you!”. This pretty boy has a tempting proposition, but… for many reasons I decline. I decide that I’ll have to collect the German flag through the friends I make here.

Around 7 am I’d had my fill and I headed home. After walking about 15 minutes on sore feet, I realized that I’d forgotten my camera! I didn’t get home until 9am again and I collapsed into deep sleep. My big night was actually much smaller than I’d imagined it would be